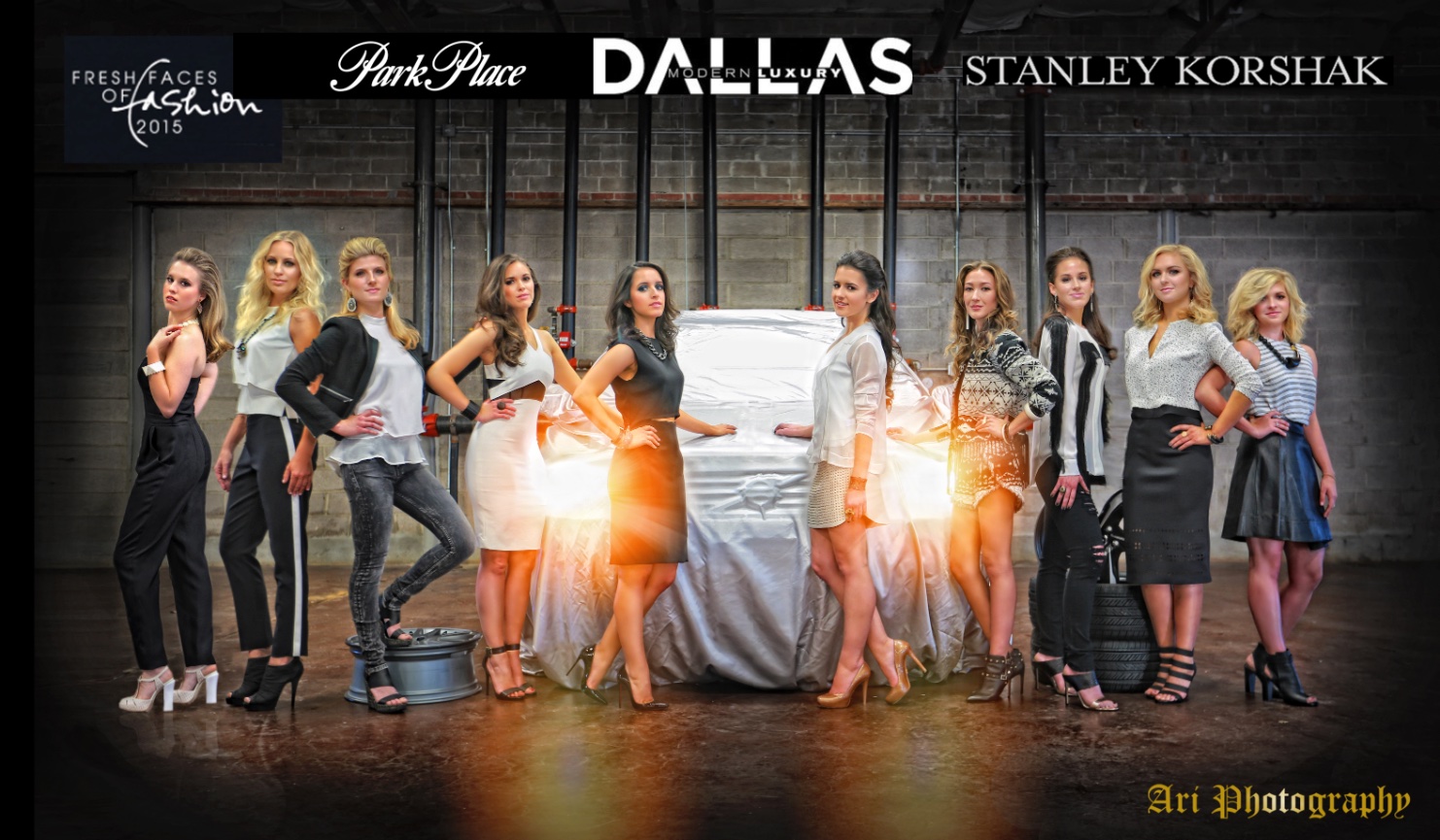 There has been so much going on lately.  I simply can't keep up with the blogging!  But I have learned it is so important to running a company.

2 weeks back the Modern Luxury Dallas Fashion Spring issue came out.  This was the shoot I was asked by Modern Luxury to shoot the Fresh Faces 2015 Campaign for.  I was so happy to hear that M.L., Stanley Korshak and Park Place Volvo as well as the models and producers were thrilled with the end result.  Ill admit I was nervous because these were new people I hadnt work with before and I didnt know that they completely understood my asthelic.  Blake Stevenson, Publisher of Modern Luxury Fashion, Modern Luxury Brides of Dallas and Modern Luxury Interior Design sure seemed to "get me" though .  Im grateful to her for taking a chance on the new girl in town!  I'm very proud to show loved ones the spread and with it being my first spead in a large magazine (I have shot for smaller magazines) I will most likely be cutting out the spread and framing it as well as sending a few copies to my mom, sister and grandma:)

Its funny.  Most people say its a great "shot".   From what It sounds it seems as though they think I just captured the perfect shot where everyone was looking where they were supposed to, perfect faces, perfect hair, clothes (By Stanley Korshak) in the perfect place.  Oh if only it were that easy!

Here is a list of just a few of things I did..

Changed one serious look into a slight smile

imported an entire person into the shoot that was shot on a separate day a few weeks prior.  (Far left) , added shadow

Stretched the middle of the car to allow for the gutter

Transfered the front grill of the car from another photo, this image didnt not have the grill showing

So many other things!  I believe I may have spent a total of 8 hours trying to make the photo look the way I wanted to.

Shooting this spread was not only a blast but served as a great networking event as well.  I have since become friends with Angie Strange (3rd from the left), owner of Posh Floral Event design which is a wonderful connection for my wedding business ofcourse.  I have also become friends with Lindsay, (@nd from the left).  If there is one thing I love about this business its all the incredible friends I meet.

This was such an honor to shoot and such a big deal!  There was a fashion show last week at Stanley Korshak and in the Rosewood Crescent building.  3 floors of good looking people!  There was a special chair with my name on it and one for my guest Liz Lohner.  Does she sound familiar?  Sure enough she was he mom from the very first shoot I did here in Texas six months back!  The mom of the 5 boys in sports attire.  We have become very good friends:)  Liz and I had and absolute BLAST!  The stores were al open with different DJ's, and lots of free liquor.  LOL..Liz and I dont drink so we enjoyed the evening on sparkling water and yummy truffles and sushi et that waiters were passing around  throughout the plaza.  It was a wonderful night.  Liz and I were laughing so hard as we were taking photos of eachother eating the truffles getting chocolate powder all over the place!  OH I forgot to mention the comfortably and modern furniture throughout the plaza.

Next month there will be a final fashion show inside of Park Place.  The goal is to raise money for the Salvation Army Echelon.  I am confident that they will raise a significant amount.  I unfortunatly will not get to go because I will be shooting a wedding in Disneyland, Southern California.  but I am excited for that!

Thanks for reading my blog. Texas has been such an adventure I hope to continue working with Modern Luxury and having more spreads to share with ya'll.